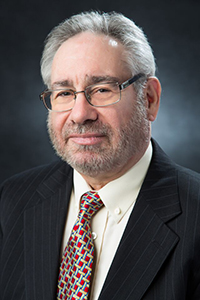 Prior to forming Berkowitz Cohen & Rennett, Mr. Rennett practiced for twenty-eight years at Richards, Watson & Gershon, serving in a number of management and administrative positions, including Chair of the Business and Real Estate Department, and for fourteen years at Neufeld Marks and predecessors.

Mr. Rennett has been a consultant to California Continuing Education of the Bar for its practice books, “Retail Leasing: Drafting and Negotiating the Lease (2007)”, and “Organizing Corporations in California (3rd Ed. 2004).”

A former officer and director of the Beverly Hills Education Foundation, and past President of the Doheny Park Terrace Homeowners Association, Mr. Rennett is a graduate of the Team Beverly Hills program and was an active member of the Environmental Sustainability Topic Committee for the General Plan of the City of Beverly Hills.

Mr. Rennett has served as a Commissioner and Chair of the Architectural Commission of the City of Beverly Hills.